Crosscut’s Anthony B. Robinson has new piece up outlining his thoughts on how with greater density, comes greater risk. He uses Columbia City as his model neighborhood and gets into the specifics of last week’s accident at Ferdinand and Rainier (which he witnessed) as proof that Seattle needs to take proactive steps to make neighborhoods like ours safer. Read the whole piece by clicking here:

Columbia City has been one of the great success stories of urban renaissance in Seattle over the last two decades. 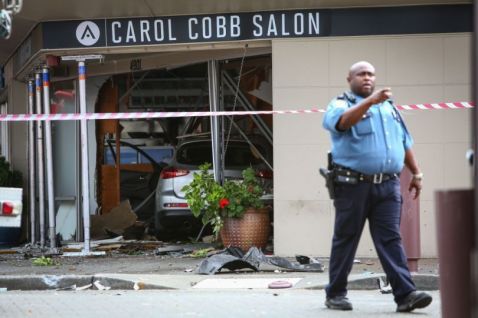 Photo from the Seattle PI

Once known for gangs, drugs and violence, things began to change with the Friday Night Columbia City Beat Walks (art and music in various venues) in the early 1990’s and the Farmer’s Market later that decade. Both brought a positive new atmosphere and renewed civic pride.

A Landmark District status provided a important mandate to save historic buildings. This contributed to Columbia City’s character and appeal as new businesses moved into the area along Rainier Ave. south of Alaska Avenue. The nearby light rail station has provided further impetus for additional housing and renovation of existing housing. The historic Carnegie library at the corner of Alaska and Rainier anchors the neighborhood, surrounded by a modest but inviting park and greenspace. The library was one of twelve Seattle branch libraries remodeled in the last decade.

Signs of Columbia City’s success are everywhere today; its sidewalks are crowded with pedestrians and city life. People sit at sidewalk tables in front of Tutta Bella, the Columbia City Bakery, Lottie’s and other restaurants, pubs and coffee houses. There are several new live music venues.

But all of this comes with risk: the risk of being on a busy thoroughfare where cars often move too fast and where police patrols are often few and far between.

The piece goes on to explain how last week’s accident fits with this risk. Again, read the whole piece here.

One thought on “Crosscut on Columbia City, Density, and Traffic Risks”