Family from Crash Speak to Kiro

As you can probably tell from the news trucks that are still showing up in the neighborhood, there’s been a ton of local news coverage regarding last week’s accident at Rainier and Ferdinand. Kiro posted the details of an interview from the family that was in the Grecian Delight and was able to escape. As posted earlier, husband/father, Phillip Moore, is still facing the possibility of permanent eye-damage due to injuries suffered from burns:

Phillip Moore was eating lunch at a Columbia City restaurant Thursday with his wife and daughter when an SUV slammed through the wall. 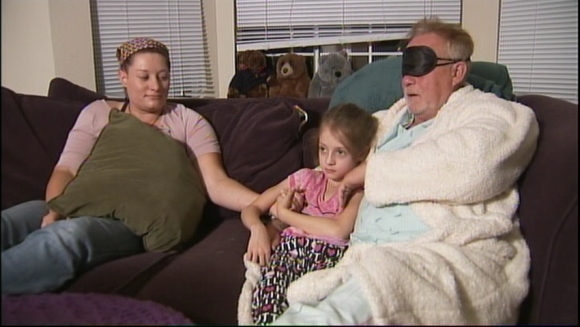 Only after he was dragged out of the burning building did he see his daughter.

He had been looking for her in the restaurant, which was full of flames.

“My eyes, I couldn’t open my eyes. The burning inside my eyelids was so horrific,” said Moore.

He couldn’t initially find his daughter, who says she ran from the chaos to a back room.

“I didn’t know it was a car, and it just came through the wall and it exploded,” said 7-year-old Meara Moore.

Moore thought his daughter was trapped under the SUV.

“I really thought she was dead, and I thought this is it. My life’s finished. So, I wasn’t really bothered what happened to me, to be honest with you,” said Moore.

And so he put his face into the flames to search.