The details are very scarce, and it’s probably too early to count on it (let alone post something like this), but there is a rumor on the rise that the new, long-empty building at the former Angie’s 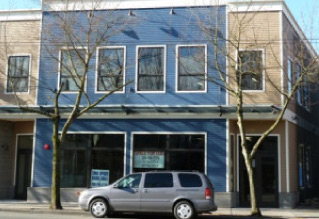 location has been leased to a new seafood restaurant. The signage for the . (correction: the signage indicates it’s the downstairs restaurant space). This prompted a Facebook discussion on the Columbia City page, and there, some neighbors in the know are indicating that, indeed, a new fish and oyster place aptly named “Sea Salt” is coming our way.

We’ll see how it pans out–there has definitely been excitement before about neighborhood food possibilities that haven’t quite come to fruition, so be sure to chime in if you have any more details.