King 5 was on the scene last night to cover SDOT’s Rainier Safety Meeting. Click here to watch their coverage of the event: 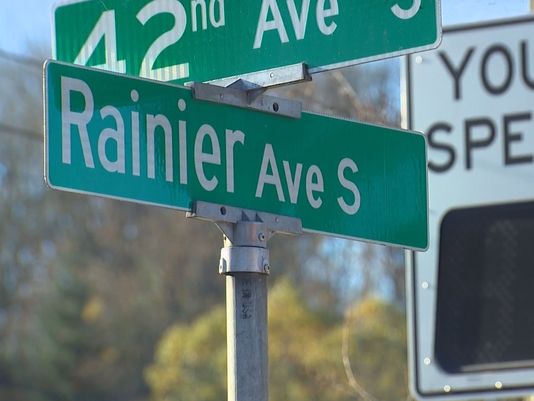 SEATTLE — The Seattle Department of Transportation is asking the public for ideas and concerns regarding traffic safety on Rainier Avenue South. SDOT hopes to improve the roadway after a series of accidents left people injured and buildings damaged.

One storefront unintentionally became a drive through. Anthony Carector remembers getting the call about the damage to his barbershop, Hodges Hair Quarters.

He says the catering business next door has also been hit in a separate incident last summer.

“Somebody T-boned him coming off of Genessee and both cars ricocheted up onto the sidewalk into the building. It’s just the sheer force,” Carector said.

A couple blocks south, a nail salon was damaged from a similar accident. Another block south, yet another accident.

Carol Cobb says her salon is still shuttered after a crash in August, when a driver lost control and careened into the building injuring 7 people. The cause still under investigation.

“It’s devastation,” Cobb said. “It’s like a catastrophic event. it takes a long time to recoup from especially when the business is structurally damaged.”

SDOT said in less than three years, there have been 1,243 collisions, 630 people injured and two people killed on Rainier Avenue South. So the agency is looking for ideas from the public on how to make the road safer.

Carector’s idea was to have the city install posts to create a buffer between traffic and the sidewalk. Cobb would like to see speed limit signs posted more often, and drivers to be more patient and courteous.

The city held the first of two community meetings Wednesday evening at the Columbia School on S. Ferdinand Street. The second meeting will be on Tuesday, Nov. 18 at the Ethiopian Community Center, on 8323 Rainier Avenue South at 4:30 p.m.