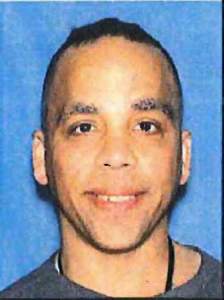 The Seattle Weekly’s Rick Anderson has done some reflection on the controversial 2013 Columbia City Seattle Police shooting of Russel Smith and the connections to Michael Brown and Fergeson. Read the whole piece here:

Michael Brown. That name you know. It was in all the papers.

He was the black teen shot to death August 9 by white police officer Darren Wilson in Ferguson, Missouri. The officer, who was not charged with a crime and has now resigned, claimed that Brown, after being slightly wounded and then chased by Wilson, abruptly turned and came unarmed toward the officer to attack him. It made no sense.

Russell Smith. That’s a name you likely forgot. It was in the papers a bit, although Seattle Weeklypublished a detailed report on his death (“Nowhere to Run,” Dec. 4, 2013).

He was the unarmed black man shot to death in Seattle on March 22, 2013 by a group of white police officers from Bellevue, working with the Seattle Police Department. They were serving an arrest warrant in Columbia City. Smith, 51, an ex-con wanted for armed robbery, allegedly tried to flee in his car when the Bellevue SWAT team arrived in the morning darkness in a Bear Cat armored vehicle. It didn’t make much sense, either.

Though the dead end street was blocked, leaving Smith nowhere to go, he took off, allegedly almost hitting officers with the vehicle. Three cops fired 21 rounds, narrowly missing other officers in a crossfire. Smith, behind the wheel, raised his hands, then put them over his face as he was hit with eight bullets at close range, one in the side of his head.

The shooting included elements that also arose in the Ferguson killing. None of the officers were charged with a crime, and many questions were left unanswered—among them, whether Smith was trying to surrender when shot. A similar question lingers in the Brown case…