Ever since the official news was released yesterday, a number of news outlets have picked up the story of Third Place Books’ plans to move into the soon-to-be former PCC location in Seward Park. From The Stranger’s Paul Constant: 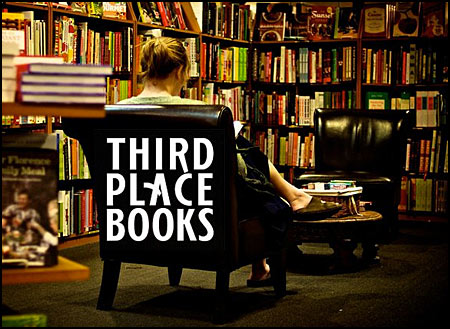 Third Place Books just sent out a press release beginning with the news that “PCC Natural Markets (PCC), the nation’s largest natural foods retail cooperative, has announced the sale of the building and property currently occupied by its Seward Park store to Ron Sher of Third Place Books.” The 7,200 square foot building will becomeThird Place’s third Seattle-area bookstore, and it will include a restaurant “and possibly a pub,” with plans to open the new store by the end of 2015. The store will carry a mixture of new and used titles, along the lines of other Third Place stores, and it will also host author and community events.

Over the phone, Robert Sindelar, managing partner at Third Place Books, compares their expectations for the building to their Ravenna location, rather than the much larger Lake Forest Park location. Sindelar says he and Sher have been scouting for a third location for the bookstore for “about a year and a half.” They looked at neighborhoods all over the greater Seattle area, but then in “late spring or early summer,” Sindelar says, “we got a call from PCC. I don’t think they even officially put that property on the market. PCC is concerned about legacy and trying to do the right thing for their neighborhood. They were putting the word out that they were looking for the right new tenant” to take over the property. Sher and Sindelar checked out the building and investigated the neighborhood. They thinksouth Seattle is underserved when it comes to destination bookstores. “As the density rises on the south end, I think people are looking for more and more things they can do in their neighborhood without leaving their neighborhoods,” Sindelar explains.

The bookstore will take up roughly 3500 feet of the space, with the rest turned over to restaurant and event space. Third Place hasn’t nailed down a restaurant partner for the Seward Park location yet, but Sindelar says they’re looking for something similar to their relationship with Vios in Ravenna, with “coffee, full-service breakfast, lunch, and dinner and a pub that’s open in the evenings.” Third Place is looking for a business that fits with the new location. “We know how to do the book thing,” Sindelar says, “and we’re going to get a great neighborhood partner.” Third Place plans to move quickly once PCC’s move to Columbia City, which is currently expected to happen in midsummer, is complete. If everything goes according to plan, Sindelar says, the store will be open at this time next year. Sindelar sounds excited about the chance to get to know the neighborhood; he says he attended the 104th annual meeting at the Lakewood Seward Park Community Club last night, which was “a really cool eclectic mix of people from the neighborhood,” and the meeting started to give him a sense of the diverse community the bookstore will serve.

This news is a testament to Seattle’s dedication to literary culture. As the last remaining national big box book chain is struggling to retain its relevancy, and as cities across the country lose bookstores, Seattle continues to buck the national trend and add large independent booksellers. This is great news.

The announcement was also picked up by the Puget Sound Business Journal‘s Marc Stiles:

Seattle’s Seward Park area apparently won’t be without a neighborhood gathering spot for long when PCC moves next summer because a Third Place Books will replace the natural foods market.

Third Place Books owner Ron Sher and PCC Acting CEO Randy Lee on Thursday announced the sale of the Seward Park PCC property at 5041 Wilson Ave. S., where the market has operated since 1985. The sale price was not released and the sale has not yet recorded in public records.

Sher plans to operate a book store, restaurant and possibly a pub on the property by the end of next year. The Third Place Books will be similar to the one that the company developed at a former PCC location in Seattle’s Ravenna neighborhood.

Sher has a knack for brick-and-mortar success in an era of increasing online shopping. He succeeds, in part, by hosting numerous events, from French conversation gatherings to t’ai chi classes and readings by authors at his stores. There’s one in Lake Forest Park as well as Ravenna.

In a press release, he said that he understands that Seward Park residents are reluctant to lose the PCC, and added that he’s committed to creating a new “neighborhood asset” by the end of 2015.

King County had not posted the closing of the sale of the nearly 7,000-square-foot PCC building, and Third Place representatives were not immediately available.

PCC, a 10-store, organic retail cooperative with annual sales of more than $200 million, is moving to a new 25,000-square-foot store in Columbia City, about a mile from the Seward Park location. The PCC will be the retail anchor of a large mixed-use apartment project called the Angeline.

PCC said they had tried to stay at the Seward Park location but could not upgrade the building to meet the growing demand.

Want another one? Here’s The Seattle Times saying essentially the same as the two stories above.